Jared, my second son, was diagnosed as severely deaf in one ear and profoundly deaf in the other when he was two years old. He grew up with multiple ear infections, hearing aids and speech therapy. He could, and did, what every other kid did, but it was harder for him, like soccer, for instance.

Jared would be on a dead run dribbling the ball down field while simultaneously adjusting his hearing aid so it wouldn’t fall off.  When the whistle blew, he kept playing until other players stopped.

Crowded rooms with multiple conversations made focusing on a single voice or sound impossible. Jared never complained, and despite everything, even learned how to play the guitar. Amazing!

When he was twelve, Jared had a cochlear implant. The surgery wasn’t covered by insurance, so a home equity loan, negotiated cash prices with the hospital, surgeon, anesthesiologist and provider for the device put the price tag just below $50,000.

His only disappointment? He couldn’t head a soccer ball anymore because it might knock the implant loose.  Otherwise, everything was a plus and the possibilities were all butterflies and roses.

After a month of healing, Jared received the external, hearing aid device that captured sound and transmitted it to his new, bionic ear.

When the audiologist hooked Jared to turn on his cochlear device for the first time, she made a comment that she hoped the surgery had worked. My heart skipped a beat! Surgery not work? That never even crossed my mind!

Jared just beamed with anticipation.  She fit him with the outer device and turned it on.

“Ba,ba,ba,ba,ba. Jared, can you hear me?” the audiologist asked. Jared was fearfully wide eyed as he shook his head no. My heart sank.

A minute later, Jared felt pressure and tightness in his stomach. The audiologist explained that because the implant was in his profoundly deaf ear, his brain had never heard anything from there. In essence, his brain didn’t know what sound was from that ear, or for that matter, what to do with it.

He is very efficient at reading lips, and again said no, except for the pressure getting more intense in his stomach.

“Ba,ba,ba,ba,ba”.  Nothing. More pressure in his stomach.

The next few minutes the pressure slowly moved up Jared’s chest, to his collar bone, shoulder, then neck. The audiologist explained that what we were seeing was literally a miracle.  His brain neurons were developing neural pathways before our very eyes as his brain learned what was happening for the first time in Jared’s ear. With each new neural pathway, the right side of his brain was forming a hearing highway to and from his left ear.

The pressure moved to his cheek and finally, left ear.

The audiologist stopped the machine, told Jared to relax, and take a break.  We went out to an atrium where birds flew into a garden in the middle of the medical complex. Jared looked around, and then looked at me funny, as if something was opening up to him for the first time.

A bird was singing in one of the trees. Jared looked at me and asked what he was hearing.  He talked softly, as if his own voice was a new, loud sound he had never really heard before.

I told Jared it was a bird singing. His eyes looked like a thousand children on Christmas Day as he looked back and forth to see what he had just heard. Jared looked at me and I clapped my hands twice. Startled, he said, “I heard that! It’s loud!” He clapped his own hands as a sense of awe took over his expression.

A few minutes later we were back in the audiologist’s office. 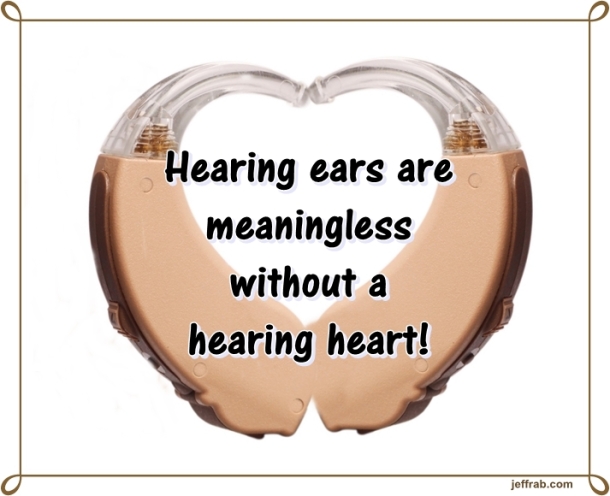 He was still having ear pressure, but she explained it would soon go away. Then it was just sounds.  New, precious, never before heard, sounds. Voices sounded different to Jared than with a hearing aid, including his own, but within a week his mind had learned to interpret the new-found voices and sounds.

On the way home from Houston, Jared asked a question that immediately brought tears to my eyes.  “What do people talk about on the phone?”

He was 12 years old and never talked on the phone. He’d never been able to. Now, with a special adapter, he could log into a phone and communicate with someone he couldn’t see.

The next night, we were in the garage and I caught a cricket.  I shook cupped hands so it would chirp. It was faint, but Jared heard it and wanted to know what it was. His mouth dropped open when I opened my hands, and as if on cue, the cricket chirped again he could hear one for the very first time.

There were all kinds of new sounds: locking door knobs, squeaky hinges, radio stations, tea kettle, barking dog, playing drums on trash can lids, chickens in the coop, the central air unit turning off and on, the hum of a low flying twin-engine plane, popping of an outdoor fire…all new sounds. All new experiences. All new associations. ALL amazing!

The third night, Jared came and stood by a little red faced. I asked what was wrong and he got straight to the point.

“Have I always made that much noise when I go to the bathroom?”

The next thing he heard was five minutes of laughter, including his own. 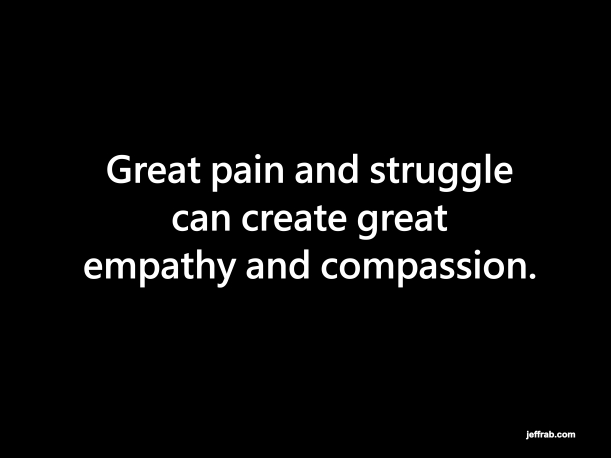 Large groups are still hard too, which is ironic since Jared is in such a large family. Even so, from 2 to 12 years old to now being a grown adult with over 16 years cochlear implant hearing experience, Jared has always been kind, patient and gracious about his hearing loss.

Some people ask him where he’s from because of his “accent”.  He just smiles, says he’s from Poland and they go away none the wiser.

Jared still goes regularly to have his cochlear implant adjusted so his hearing stays as sharp as possible. In fact, some time before the end of this year, he’ll have another implant surgery on his right hear.

Never once in his lifetime have I heard Jared as much as mumble about the hardship it causes him.  On the contrary, he says he is thankful he is deaf. He says it makes him appreciate even more what he has and hears.

Jared said he used to feel so isolated, so different, so…deaf.  It wasn’t only that he couldn’t hear, in a way, he couldn’t really be heard either.  He says in those hard times, he’s learned to listen for God’s voice, and hearing God’s voice makes all the difference!

Jared’s kind and gentle spirit, intuitive understanding, ability to read others and sense those around him is unexplainable, really. And in life, generally Jared hears and understands more in a single day than many hear in months, or even years. Jared is truly one of my heroes!!

By the way, God, help me to hear like Jared! May I too be swift to hear, clearly understand Your words and always recognize Your voice.