As a boy I couldn’t wait to get up before the crack of dawn.  My Dad and I had a spot we fished about an hour’s drive away and the best time to get there was at dawn’s early light.

He had snacks and peanut butter sandwiches ready.  I’d ride shotgun in the old pickup held together by rust and bondo. About the time the sun rose, we’d get to the lake.

Crappie, that’s what we were fishing for, and when they were spawning, we were certain to catch them.

Carefully hooking a live minnow in the back with a big gold rim hook, we’d drop 4 or 5 cane poles and couple of rod and reels.

Looking back, I realize I’d bait the first line I dropped in, but after that, Dad patiently rigged up the rest so I could fish right away.

There’s something about pencil corks!  A big, lively minnow can move a pencil cork wherever it likes.  The more a minnow swims, the more you figure something under water is causing it to flee in terror.

You can’t look away!  It’s like a Murphy’s Law – look away from a cork and that’s when a fish bites. So you sit mesmerized, concentrating on the corks, how they change directions and then, all of the sudden, one goes under.

A quick, desperate grab for the old cane pole, followed by a gentle pull on the line and the hook is set!  Too much pull and you rip it out of a crappie’s soft mouth, but not enough tug, and the hook isn’t set giving the fish a flip flop chance right after it’s pulled above water.

Every fish caught is a snapshot into an amazing underwater world. It’s there, but you can’t see it, and really, it can only be imagined by a boy.

The first, second, third fish on the stringer creates a sense of wonder.  You just want to go pull up the stringer and see the fish again, to make sure they were caught, and still are.

Fishing. Peanut butter sandwiches. Frostie root beers. Marshmallow pie cakes. Dipping minnows just to watch them dance when they drop back in the bait bucket.  It was good.  It was all, really good.

Driving home with the windows down and talk radio playing, the Sandman waves his fingers and a peaceful, sleepy nap begins to mingle with my consciousness.  Soon the eye’s lights are shut and my brain begins playing contended dreams on the mind’s movie screen.

Dad looks at me riding shotgun, smiles at my peacefulness, and continues a watchful drive on the long road home.

It’s how I remember.  It’s part of my roots, part of the foundation I stand on now. 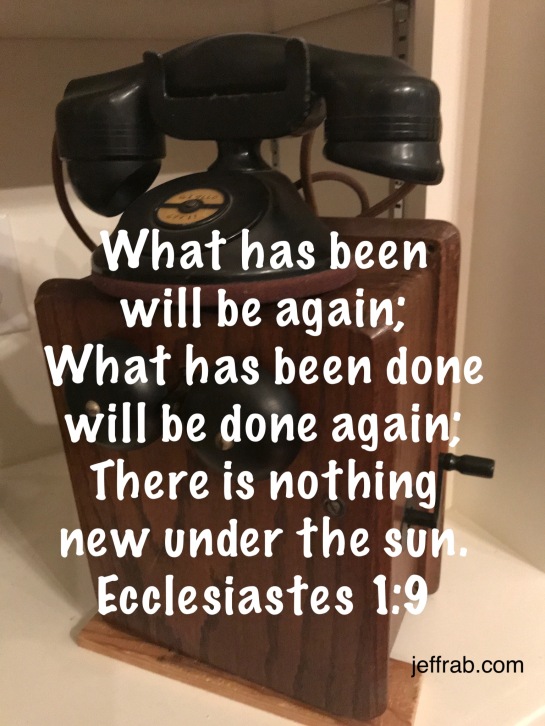 I still get that feeling on a long drive to the river, even when alone because my sons are grown.

At first the water’s cold, ice cold.  After five minutes, your legs don’t ache and your feet go pleasantly numb.

Short casts drop a lure beside a stump or near a brush pile.

Something hits!  For an instance you wonder if you hooked a stump, but then the line pulls.  A side to side movement begins. Something on the other end fights the hook and the invisible line leads the fish to where it does not want to be.

Standing in waist deep water, the last few feet you get a glimpse of the silver, gray and white fish as it makes its makes a last ditch effort to lunge and flop away.  The fish goes on a stringer run through the belt loop making it impossible to escape.

At times, there’s the same surreal thought to pull up the stringer and see the fish, again, simply to marvel at what’s hidden beneath the water.

Time draws to an end.  The fishing pole, stringer and fish go in the back of the truck. Warm, dry clothes are exchanged for cold, wet ones.

I climb in the driver’s seat, start the old truck, and talk radio immediately resumes playing.  Consciousness returns from my mind’s quiet wandering through the water paths and hallways of the river.

It’s familiar, peaceful, like a huge oak tree must feel when rain soaks the soil under its branches bringing life from invisible roots under ground.

I start to drive, but feel like someone’s there.  I glance beside me, as if someone is riding shotgun.  No one’s there.  Never is.

Somehow though, he’s riding shotgun while I drive.  His body rests in peaceful, eternal sleep. An unseen world begins to wave its fingers and mingle with the here and now.  Somewhere along the way he drifts back to the contended consciousness in a faraway home, beyond imagination, way past words.

I look at the empty seat riding shotgun, smile at his peacefulness, and continue a watchful drive on the long road home.