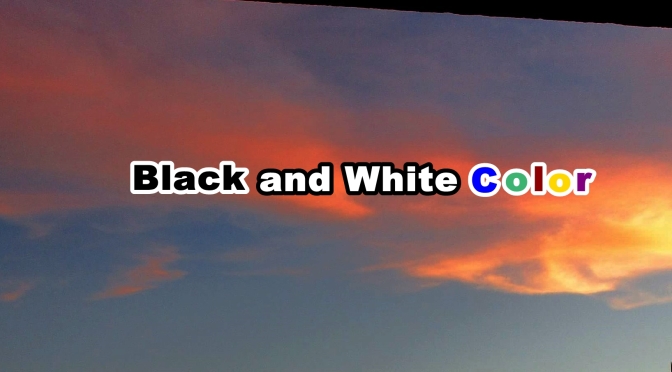 Sometimes it’s impossible to see past today.  Sometimes, not.

During a little boy’s one year birthday party at a gymnasium, his kind-hearted, gracious, 76 year great-grandmother was chasing the toddler as he carried a basketball.  He would throw it; she would retrieve it, just so he could throw again.

After a few minutes, he tired of the game and toddled off to something else on the other end where all the activity was.

Alone on the end of the basketball court, she picked up the basketball again and I assumed was about to put away.  Instead, she bounced it several times while walking in her black dress pants, blouse and square heel black dress shoes.  On the third bounce, the ball hit her shoe and rolled along the court toward the basketball goal.

As she walked toward the ball, something seemed very familiar in the way she reached down to pick it up.

She bounced the ball a few more times and her right wrist began to pop down with each bounce, and then she bounce passed the ball to her left hand.  In a slow, but deliberate motion, she pulled the ball up chest high and with both hands shot at the basketball goal.

Her first shot was on target, but it was a low air ball.  She snickered a bit, as if she were a little embarrassed for missing, and walked over to get the ball.  Her bounces definitely became dribbling and then she stopped and made a quick shot at the goal. This shot was also straight on target, but again a little too low.  It caught the edge of the rim and rolled awkwardly down the wooden court to the side line of the gym floor.

She stopped walking in her dress shoes, used the toe of one foot to pry off a shoe and then casually flipped the other shoe off without ever bending over.  If there was any embarrassment or self conscientiousness before, it was gone now.

Barefooted, she half walked, half jogged to the ball.  Her dribbling became sharper and after she got to the corner lane, she shot straight at the goal again.  It was still too low but bounced right back to her.

She grabbed the rebound, dribbled three times to the goal and shot a lay-up that hit the backboard to high and bounced down on the other side of the net.  Without hesitation, she moved to the ball, made a fast hard dribble to the center and with her right hand shot a quick hook shot at the goal.

Even at 76, her skills were good and her form was perfect!  Somewhere between her hook shot and the next rebound, I forgot she was a 76-year-old lady wearing glasses, black dress pants and nicely fixed gray hair.

Later she said it had been a long, long time since she’d shot baskets, but she knew exactly what and how to do it.  The more she dribbled and shot, the more her muscle memory was refreshed and the more fluent she became. 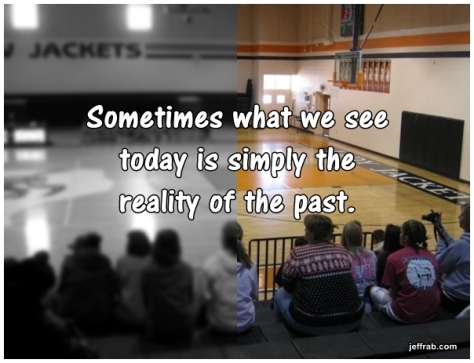 After several more missed shots, her shooting arch returned and she began to hit some baskets. She made no fanfare about it and was looking for no attention whatsoever, but at the same time, she didn’t seem to mind that a few folks were watching either.

Watching her was like someone had hijacked horology and magically rolled back the calendar to years ago.  Right then, right there you could see a black and white motion picture of her, not as a 76-year-old great-grandmother, but as the high school girl.

Her long, dark flowing hair bounced in a pony tail when she dribbled and playfully swung side to side as she gave a head fake just before jumping up again with perfect form for another hook shot.  You could see her vigor, her youth and enthusiasm in playful, yet competitive movements with each shot on goal.

You could see her hope, health and heart as she faked a quick pass to another player just before turning and shooting a shot from outside the lane.

You could see the boys of yonder days of yore elbowing each other in the side as they nodded their heads toward her to take note of the girl.

You could see her high school math teacher, turned girl’s basketball coach after school, on the side court occasionally blowing the whistle dangling around his neck to stop play so he could give a few instructions.

You could see her concentration and how in both that, and this moment, she reveled in the freedom of doing something she loved. 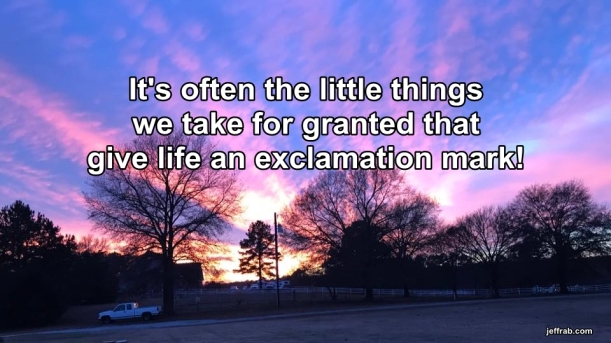 A few minutes later, the black and white movie picture returned to color when the high school girl gave in to the 76-year-old woman.

She stopped, gently wiped her brow and took a deep breath.  She barefooted back to her shoes, bent over and put the black square heel dress shoes on.

After taking her palms and giving her gray hair a few quick pushes to pat it all back in place, she glanced at the goal, smiled, and returned back to the toddler’s birthday party in her role as mother, grandmother and great-grandmother.

Seventy-five years from now, may the one year old birthday boy love, laugh and live life just like his great-grandmother does today!  May he be blessed to see in black and white color!

24 thoughts on “Black and White Color”