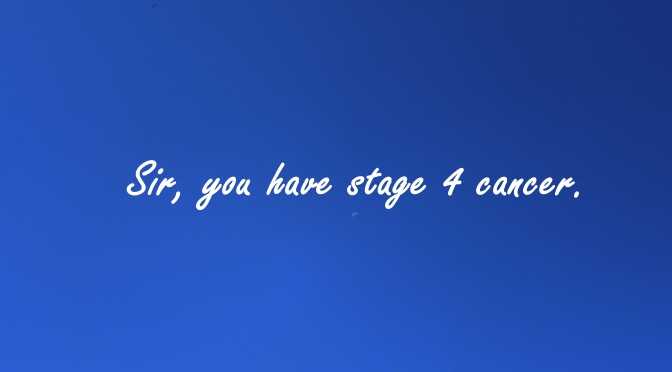 Two and half months ago a lightening strike at work crashed our computer server and immediately brought us to our knees. Within an hour a couple of computer geeks who work for the IT Company we contract with showed up. One started on the main frame and one, Joe, began checking individual computers. I walked in my office to see Joe at my desk.  Joe glanced up and asked if I was having problems. I told him I’d spilled a cup of coffee on the tower and it’s acted funny ever since.  Slightly amused, he retorted that my computer was just low on gasoline and after he filled it up and left he wanted me to plug it back in.

I stood fumbling through some paperwork while Joe kept hacking and coughing. Half joking, half serious, I told Joe if he’d lay off the cigarettes his cough would go away. Without looking up from the keyboard he casually said, “Not this time. I found out last week I have stage 4 lung cancer. It only goes downhill from here.”

I stopped in my tracks and looked at Joe’s expression and eyes to see if he was joking. He wasn’t.

Wide eyed, even wider mouthed, I sat down and we began to talk. Joe’s 62 years old.  He was thinking about retiring next year so he and his wife, who’s also 62, could travel. His mother died three months ago after an extended illness and every day while she was in ICU, he noticed his nagging cough got a little worse. A week after her funeral he went to the doctor and was told he had pneumonia. After a round of anti-biotics with no improvement, he made another trip to the doctor and was given a stronger dose of anti-biotics, yet his cough worsened. He went back yet again to the doctor, who ordered more tests, and found several cancer spots on his lungs and, worse yet, discovered the cancer had metastasized to his liver and lymph nodes.

Joe quoted the cancer’s scientific name, a name he’d never heard and couldn’t pronounce the week before, but after a week of non-stop research, Joe said he knew what he was looking at.  If he did nothing, he had three months to live. With treatment, two years, at best, but more than likely less than a year, and most of that time terribly sick from chemo.

Joe started talking about his wife and grown daughter and how he just didn’t know what to do. He wasn’t angry. He didn’t question why. His main concern was that they had no life insurance and he’d use all their life savings for a limited time of extended life.

His wife, however, was telling him to fight it out.  He told me, “But if I ‘fight’, like she wants, I’ll spend everything we have. Then, I still won’t be here for her, she’ll have nothing to live on and I’ll have the same end anyway. If I fight by doing nothing, I can get things in order and take care of her in the future because she’ll have most of our savings to live out her life, minus my out pocket insurance expenses and funeral.”

It’s said there are no atheists in fox holes. Cancer has the same effect. Joe said he’s prayed, he’s talked to his priest and he’s certain. On the other hand, he admitted sometimes he has doubts and, understandably, he’s scared how bad it will feel in the last days not being able to breath through cancer riddled lungs.

I gently asked the question, “Joe, if you only have a short time, why are you sitting here working on my computer?”

He smiled, “I feel normal doing this. They’re making an appointment at M.D. Anderson as soon as possible, but until then, I’d just sit there worrying if I wasn’t here. Besides,” he said with a grin, “they’re paying me to be here.”  I joked that it’s a good thing they paid him what they do because if they paid him what he’s worth, he’d already have starved to death.  Joe immediately burst into a welcomed laughter, followed by a succession of deep, but never complete, coughs.

Four weeks ago Joe and another IT guy came by to double check the computer system.  I sought Joe out to see how he was.  He’d been to M.D. Anderson but said it wasn’t much help. In fact, he was frustrated because his Obamacare insurance wouldn’t approve another scan for another month since he had just had one. Matter of factly Joe said, “I may not be here next month”.  I asked him what he decided about “fighting the cancer”. He said the same things he’d said the month before and talked more about how he loved his wife and wanted to make sure she was taken care of in the future. He said he was waiting to hear from M.D. Anderson before deciding what to do, but to me, his lack of action didn’t speak, it shouted his decision. 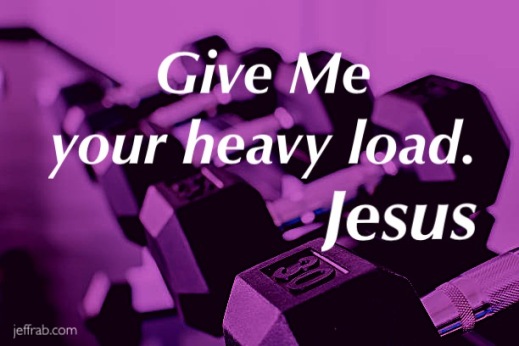 Who knows? Is there a right? A wrong? Is there a sometimes, an if, or it all depends?  Maybe it changes based on the circumstances and you just have to make the best decision you can with what you have to work with at the time?  I don’t know.

From listening to Joe though, I do know he wanted to take care of his wife after he was gone so she could continue on in a comfortable lifestyle. I also believe Joe loved life, but even more, loved his wife.  He never gave up by not taking treatments, but rather laid down part of his life for his wife’s future well being. Maybe Joe only laid down a short time, maybe a long time. No one will ever know. But Joe did do what he thought was best for someone else, and honestly, I admire him for it.

Greater love has no one than this, to lay down his life for his friends. John 15:13

26 thoughts on “A Short Time To Live”