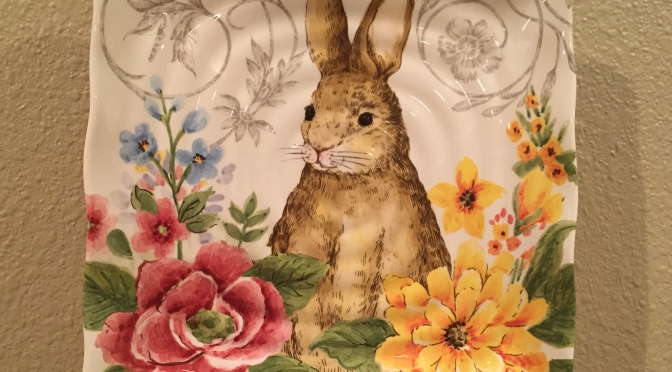 My daughter said she was thinking about taking a college philosophy class.

My exposure to Philosophy 101 in college was a single day many moons ago.  I figured it was going to be a blow off elective course. I mean, easy, right?

But when the sweater wearing professor came in with pointed shoes, coke bottle glasses and five pens in his pocket protector, well, there’s your sign.

He walked straight to the lectern, cleared his throat and started.

He didn’t introduce himself, say hi, nothing.

He could have at least said, “Hey y’all! What a dad gum good lookin’ class this is! I’m Professor Nerdman, and this here is Philosophy 101! You’ll all need this textbook I’m holdin’ up right here and I’m passin’ round a syllabus for ya now.”

That kind of welcome gives you a warm fuzzy feeling from deep in the heart of Texas! But did he do that? Nope! Just pushed his glasses up further on his nose and started talking.

I promise this is the truth, the whole truth, and nothing but the truth…. but he asked what I guess is supposed to be a serious philosophical question…

And you know what? Professor Forest Gump expected an answer!

No one raised their hand, so he asked again, much louder.

All I could think of was a basketball fan holding up a big foam hand with a we’re number one finger.

Finally, a guy majoring in Ag Science meekly raised his hand and dared an answer.  With a questioning voice he said, “Uh, a number?”

The professor didn’t tell him if he was right or wrong. Instead, he locked eyes on the Ag Sci guy. (I made a rhyme there…see that?)

The professor adjusted his sweater and leaned forward so his pocket protector full of pens made his sweater droop.  He hammered questions at this poor guy. 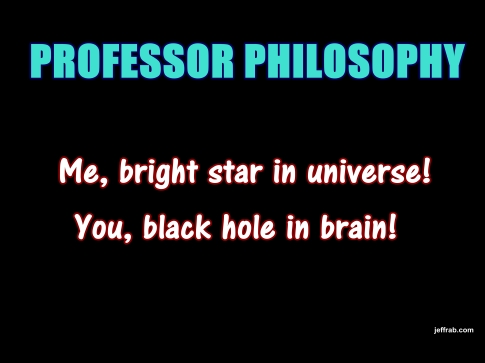 The Ag guy looked pretty confused, took off his feed store cap and scratched behind his ear.  The professor wouldn’t let him off the hook and demanded a response.

The guy fidgeted for a moment in awkward silence, but then looked quite pleased, like he had an epiphany that lit the bulb at the top of his corn silo!

The entire class laughed.  Professor Only Answer a Question With a Question seemed flustered.

The Ag student stared back like a calf looking at a new gate. It was uncomfortable, honestly.  I felt bad for the guy, but he was on his own, and no one else in the class was coming to his rescue.

Professor Several Bricks Short of a Load began moving side to side, grabbed chalk and wrote on the blackboard, ‘WHAT IS A ONE?’

A guy in class who had every appearance of being an athlete on a full ride scholarship put his spiral notebook in his backpack, got up, and started walking out.

The Professor angrily asked, “Just where do you think you’re going?”

The athlete looked over his shoulder and said, “Um, sorry Dude! I thought this was Biology class”. He turned and walked out.

He spun back to the Ag student flinging out a list of questions about the number one.

“How do you know there’s even such a thing as a one? Who told you there was a one? Have you, personally, have YOU seen a one? If you did, how can you know it was real? Or is it just some concept we’ve made up? And how would one be any different than two? Is there even a difference? A real difference?!”

The Ag student’s ears were turning bright red. He leaned forward like he wanted to throw down with the professor right then and there.

In an irritated, half smart aleck tone of voice he said, “The difference between one and two is you can go number one anywhere in the woods, but you’ve got to have paper or leaves for number two!!”

Half the class roared in hysterical laughter.  Me too.  But the class was as divided as Congress at a State of the Union address.

The other half remained silent. The silent half either didn’t understand his answer, or sat stoically silent because the Ag student didn’t appear to be accepting such weighty matters of philosophy very seriously.

The professor was so hot under the collar that his tweed sweater could erupt by spontaneous combustion any second!  He got wild eyed and stared at the Ag student like he was a complete imbecile.

Professor Mussolini’s next question though was the closest thing to an answer he’d given all day.  Looking at the Ag student he asked, “Can a one fail you this semester?!”

Alright. I got that question, or answer, whichever it was! 10-4 good buddy, I got that one! For the next 45 minutes, I doodled.

Half the class sat mesmerized by the mind blowing “brilliance” of Professor ‘One’derful as he droned on whether a one could feel, know or experience any biological, psychological, geological, archeological, theological or any other ogical study that ever existed in the history of mankind.

The only ogical he didn’t address was ‘logical’ itself!

Afterwards, half the class did what I did and went straight to the administration building to drop Professor Moriarty’s class.

That was thirty plus years ago.

So, when my daughter told me she was signing up for a philosophy class, I started to discourage her, or at least ask if she knew what a one was.

Instead, I just smiled and told her she may love, love, love philosophy!

And by the way, (wink, wink) after your first day of class, would you call and tell me all about it?  I’d like to compare notes!

27 thoughts on “Philosophy of a One”