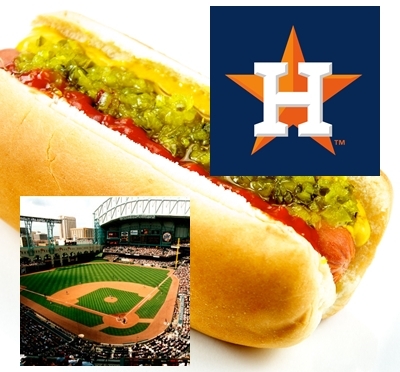 The Houston Astros won their first World Series game last night.  First ever! That kicked up a memory.  I grew up an hour south of Houston and attended countless Astros games back in the day.

I took my two oldest sons, Blake and Jared, to an Astros game in the old Astrodome when they were five and four, respectively. Halfway through the game, I decided to walk the entire circle of the Dome and show them the field from different vantage points.  We meandered through the large crowds and stopped in various places to look at the field and stadium from where we were right then.

We came to a particularly busy spot and I experienced a parent’s worst nightmare. Somehow, I lost Blake.

When I realized it, fear hit a home run inside! Adrenaline surged.  I began to turn in circles desperately looking for Blake, but people were everywhere elbow to elbow! While calling out Blake’s name, I swooped Jared up as fast as I could, and began shoving through hundreds of people back tracking to where we had just been.

I imagined the panic and fear Blake must be feeling right then based on my own fear and panic, and then, a horrible thought of a stranger carrying him off popped in my head. I started running, bumping into and dodging people in pursuit of my son.

It was literally only a minute, but it seemed like hours before I found Blake near a hot dog bar peering over the edge at the onion and relish trays.  I walked up behind him, and as if nothing had happened, asked if the hot dogs looked good.  Blake turned around and immediately explained that he thought it was a good deal because you could add all the pickle relish and ketchup you wanted for “free”. 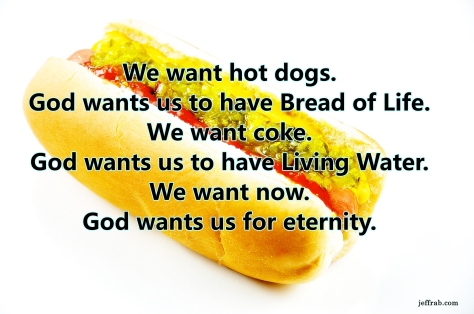 The 5 year old little boy didn’t even know he had been lost, or found, for that matter.  The daddy in me wanted to snatch him up and hug him like crazy, while the other side of the pendulum wanted to grab him and demand to know why he left my side!  I did neither.

With Jared hanging around my neck like a spider monkey, I knelt down and looked Blake in the eye, “How about we all get a hot dog and you can put all the relish you want on it?”  “Yes sir!” was his enthusiastic answer.

It was the best hot dog I’ve ever eaten!!

Yet, it seems instead God just quietly pursues us as a father if we step away from His side. He searches, finds us, and quietly waits until the temporary hot dogs on our table, as well as the things that glitter and seem so important at the time, are gone.  We turn around and there He is, the same yesterday, today and forever.  And then we wonder why we do all the work to find Him, yet all along He has been right there pursuing us…

I myself will tend my sheep and have them lie down, declares the Sovereign LORD. I will search for the lost and bring back the strays. I will bind up the injured and strengthen the weak, but the sleek and the strong I will destroy. I will shepherd the flock with justice.  Ezekiel 34:15,16