Several years ago, I stopped by a friend’s used car lot at lunch time. I didn’t need anything, just figured I’d stop in and chit chat for a few minutes.

He told me he almost sold his integrity earlier.  He began:

An older man came in early that morning and wanted my friend, Dan, to buy a truck he owned.  The old gentleman didn’t want a trade in, but to sell it outright.  He had a nice, older truck with low mileage that was clean as a whistle.  He’d bought it brand new and maintained it well over the years.

Dan had never seen the old, country gentleman before and the man seemed, well….sad.

Dan asked how much he wanted for his truck.  The man hesitated, almost wincing in embarrassment, and said he hoped to get $3,000 because he had some expenses he needed to take care of.

That’s when Dan said he was tempted! 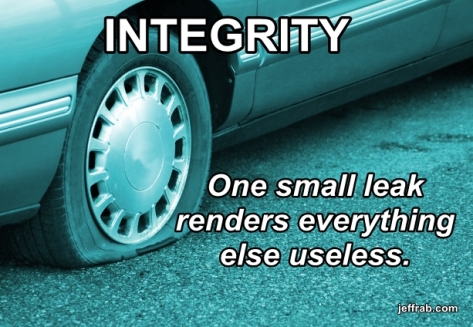 The man was a nice old fella who would have been perfectly happy to take $3,000 for the truck.  He didn’t, however, have a clue about what the truck was worth.

Dan shifted side to side, foot to foot for a second before telling the man he wouldn’t be able to give him $3,000 because the truck wasn’t worth it.

The old man’s eyes and face fell.  As if ashamed for asking so much for it, he eked out the question, “How much can you give for it then?”

The man’s eyes widened; his face lit up.

He began spilling out his story to Dan like a broken alabaster box.  He had just lost his wife a few months earlier to cancer.  To make matters worse, he was having a hard time financially and was trying to cover expenses for both his wife’s treatment and funeral expenses.  He was selling things off, including his truck, to cover the debts.

He told Dan that before he came to see him, he had asked around town about who he should take his truck to that would give him a fair, honest deal.  Everyone he talked to told him to take it Dan!

As Dan told me the story, his eyes were intense and deeply moved, yet sincere and humble.  Dan had no idea about the man’s story until he told him.  He shook his head saying he was tempted to sell his integrity “for a measly $1,200.”

Yet most any businessman I know of would have taken the deal, and quite frankly, no one would blame them.  The man set the initial price, not Dan.

Yet when you’re a man of integrity, a businessman who wants to make an honest living with a good reputation, you go the extra mile. Dan did. Dan does.

Truth be told, everyone of us is tempted every day in a variety of areas.  Temptation is never the problem.  Temptation does not define you. What you do with it does. 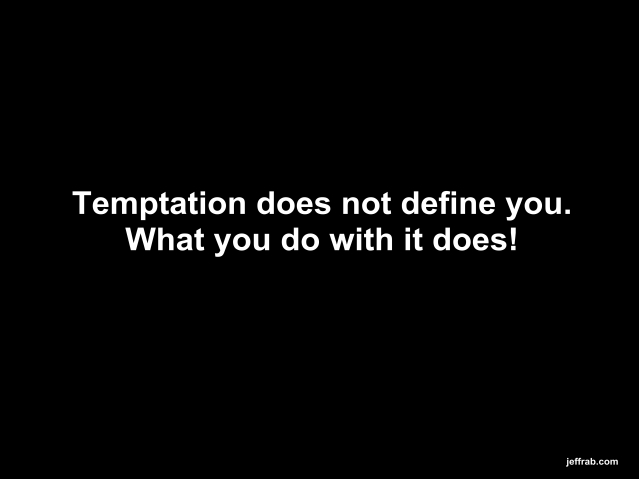 A few months later I was at the gym on an elliptical machine.  I couldn’t help but overhear a conversation between two guys working out on free weights behind me.

One was talking about a truck he bought the year before. It was a great truck, but by chance, six months AFTER he bought the truck there was a grinding sound in the transmission.  He had to have it rebuilt.

The dealer studied him for a moment, and without explanation, told him to stop by his car lot the next day.

When he got there, the dealer reached inside his desk drawer and gave him a check to cover most of the cost of the rebuilt transmission.

The man telling the story said the transmission had nothing to do with the dealer. He said he didn’t expect him to do anything about it.  It wasn’t his fault, and it was a full six months after he bought it.  He said it was just “bad luck”, but the dealer wanted to make it whole.

The man listening to the story was amazed and asked who the car dealer was.

I smiled.  I already knew before he named Dan.

Yet the encouragement, a shining example of integrity points others in the right direction like a flashing neon sign, and even more so, when no one else would ever know.

Integrity isn’t cheap.  In fact, it can be very costly, but going the extra mile is always, always worthwhile!

If someone compels you to go one mile, go with them two.  Matthew 5:41