Maybe it was congenital. Maybe brain damage.  Either way, he was effected.

His leg drug faintly when walking. At the repeat of each pair of steps, he swung his hip to the left so he could pivot his right leg up for the next step.  It would have been slow and tedious for others, but he’d had a lot of practice, probably a lifetime, so he was fluid when he walked, even if it wasn’t smooth.

He was short and stocky, wearing simple blue jeans with his plaid blue shirt neatly tucked in.  His glasses were thick, and although his eyes seemed to move just a hint slower, they were overshadowed by the peacefulness of his face.

We all walked into the church auditorium, and as circumstance would have it, we ended up sitting diagonally behind the stranger in church.

He quietly chatted with his friend until the service started.

When the music began, the young man stood by grasping the bench in front of him to help raise himself.  After a few minutes, he raised one of his hands as he sung.

I glanced, then glanced again. It sounds rude, maybe it was, but I politely stared at him, intrigued really.

So much so that a couple of minutes later he reached with his free hand to wipe a tear that was meandering down his cheek.

I looked at his raised hand. His fingers were short, blocky almost, and his little finger permanently made an unnatural curl that formed a small circle. 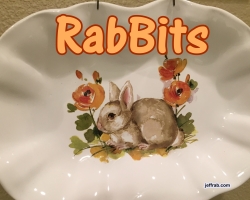 Something, from somewhere, somewhere deep inside, pushed another tear through the corner of his eye.

He casually reached up to wipe it away, as if it was just a speck of dust making his eye water.

All the sudden, he seemed self conscience about the tear, although I don’t think anyone around noticed other than the rude person staring at him from behind.

He dropped his hand, folded his arms and looked down. It was as if he was trying to get his mind around the something deep inside that kept pushing water out of his eyes.

After a minute, he quietly sat down while everyone else remained standing.

He leaned forward, almost like the “thinking man” statue, except both elbows were on his knees and his fingers were interlocked shouldering a burden while deep in thought.

He slipped his spectacles onto the seat beside him.

Now his leaking eyelids dropped several tears on the carpet below without the bother of the pesky glasses.

He closed his eyes, not trying to hide his emotion, but rather, contain it.

I got the distinct feeling he wasn’t crying for himself. Not really. Not at all.

I got the feeling he was in the presence of a Holy, Righteous God, a Creator who formed this young man in the womb.

It hit me that this young man was not objecting to his physical condition, even if he would not have voluntarily chosen it, but rather that he had fully accepted the shape of his own clay fashioned by Potter’s hands. 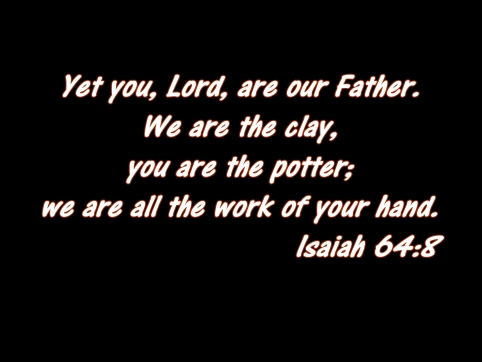 I know.  I can’t explain how I know, other than I inherently know, that unlike his walking, this young man’s spirit was moving with the greatest of ease, intense in power, yet with gentleness like a great dancer.

This young man’s heart was intent on doing well.  Even in the rubble, he was intent to show mercy, love God, and love others as himself.

His body may have issues, but his heart pours out the issues of Living Water.

The singing was louder now.  But honestly, I really didn’t hear it.  The singing from his heart was just too loud.

17 thoughts on “Singing in the Rubble”