It’s the craziest thing! Ringing in the ears that won’t go away. Tinnitus. That’s what they call it. A better name would be itsdrivingmealittlebitcrazyitus!

I remember as a kid listening to ringing in the dead of the night when everything else was asleep. I didn’t know it wasn’t “normal”.  I thought everybody heard ringing. I even asked my dad as a little boy what the ringing in the middle of the night was. He looked confused, and said I must be hearing the refrigerator, or a mouse was telling me secrets. That was funny, but not an answer.

It wasn’t until college when I read a Dr. Gott column that described tinnitus and incessant ringing in the ears.  What a relief, in a way, to know it was actually a medical condition. At least it wasn’t from a brain implant from aliens who kidnapped me while asleep and performed tests so they could come back and take over the world! 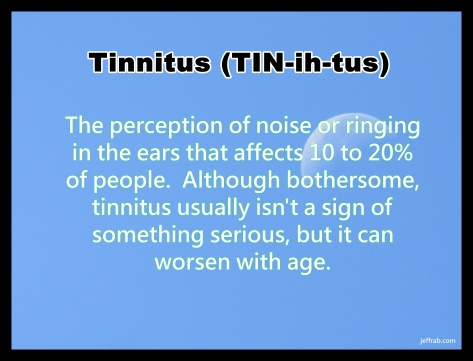 A guy I know has ringing in the day time.  In fact, his hearing is on the decline and says he has to focus when talking to someone because the ringing makes it hard to hear. Yikes!

Mine just rings…at night, when you’re sleepy, and something goes bump in the night, and you strain to listen for someone, or something, shuffling around the living room, and then you wonder if a mouse really is telling you secrets because all you hear is riiiiiiiiiiiiiiiiiiiiiiiiiiiiiiiing.

Somebody turn the stuck alarm clock off!

It’s best not to think about it. Just tune it out. You know, like a husband does when his wife is talking about redoing the front yard hedges, before his mother-in-law comes, to spend a week! Denial, it’s a wonderful thing!

Tinnitus is like breathing though. You’re brain stem takes over and you just breath without thinking about it.  But now that I’ve mentioned breathing, you’re thinking about how you’re breathing.  Breathing has entered your conscience thought.

You can change the rate, depth and clarity of each breath. You can make yourself take shallow breaths, cough or hold your breath.  Your natural breathing rhythm is off because now you’re thinking about HOW you’re breathing.

You want to forget about breathing and just breath, but you can’t. Breathing is on the brain! Now you can’t concentrate ass well because all you’re thinking about is the breath in your lungs! 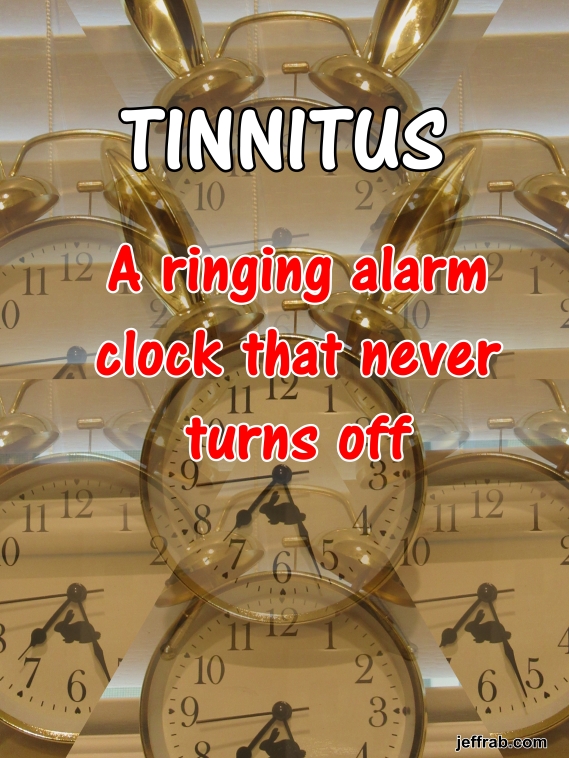 Same with tinnitus!  IF it’s not too loud, you can usually ignore it.  But don’t stop and think about tinnitus! By George if you do, then you’ll be up half the night wondering if the bump in the night is some bubble headed, lime green, big eyed alien trying to find you so he can re-check the implant in your brain! Or at least some people, not me of course, would think that.

Tonight, when you wake in the middle of the night because your bladder is calling, listen to the quiet. Do you hear it? If yes, there’s a steady ringing in your ears, then I feel your pain. Man, do I feel your pain! Go back to sleep. You’re just in the 10 to 20% of the population with squealing ears. You’re OK!

For you other 80 to 90% who are “normal” — when you wake up tonight and hear absolutely nothing other than the normal sounds of peace, calm and silence of the night — well, whatever you do, do NOT, I repeat, DO NOT think about how you’re breathing….