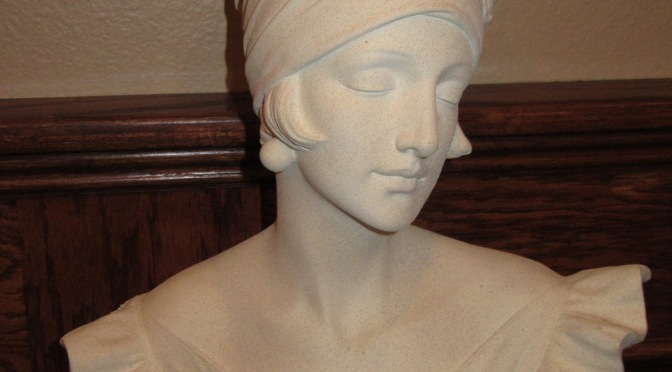 I bought a bust on clearance at Hobby Lobby.  At 90% off I snatched the last one up like a large mouth bass after a Carolina rig.

It wasn’t until I got home that I realized my new purchase was damaged at the shoulder.  In fact, it had a really big hole in it.  At first I started to leave it like it was because looking straight at it, you couldn’t see anything wrong.  But turn it ever so slightly, and there was the gaping hole.

With a little bit of plastic cement and some poor, ragged patchwork, the hole was fixed, even though it’s obvious it’s been repaired.  After a couple of coats of spray paint, it was all the same color and not as blaringly obvious.

Now it’s on my desk in our home office. The pleasant, gently smiling woman looks like all is good, but on close examination, there’s “patchwork” hidden in plain sight. 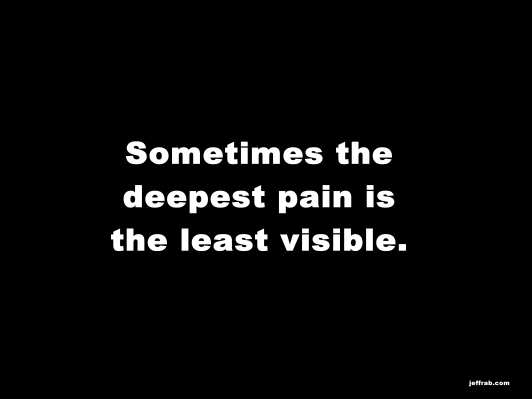 It’s odd that our human nature is to cover up and shield the broken pieces.  The deeper it goes in the heart, the more necessary it seems to cover and protect.

The cruel irony of protecting a broken piece inside is that it often makes it worse.  Like a dog licking its wounds in self soothing comfort, protecting, hiding, shielding the broken pieces can lead to a self-inflicted internal catastrophe.

Few people have the courage to open the curtains and show their broken pieces. Even fewer survive the emotional turmoil and chaos if there’s rejection when the curtains open, and thus we keep the curtains closed.

In some ways, women understand this far better than men.  It seems women tend to take more chances, even with the risk of being hurt, abandoned or rejected.

Men usually have a smaller circle of support, so when it hits a man, he often withdraws like a turtle in its shell, but unlike the turtle, he may never poke his head out again.

Look close enough at people and regardless of how well they look, there are broken places covered with nothing more than plastic cement and paint.

Handle those places in people with care. It looks solid, but it’s just patchwork.