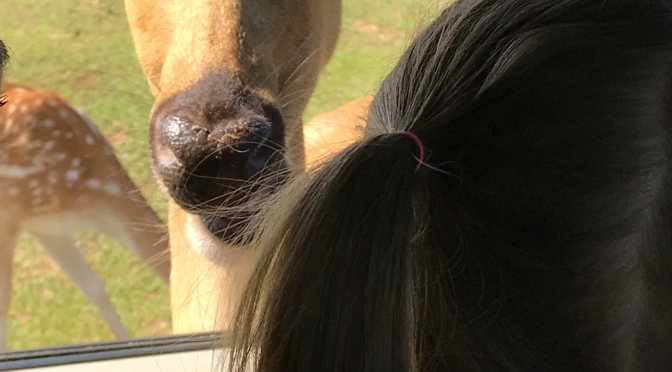 Somewhere in the forest of the mind, echoing between growth rings of the trees, laughter is held captive.

Over time it dies, or at least settles in the hard wood, and many don’t really remember laughter at all.  We remember moments, the freedom, the feeling, not the laugh itself.

Laughter bubbles up from fresh water wells that runs deep in the soul. It spills over, runs across the ground, even the stony parts of the heart.  If there is enough joy, the water rises soaking even the high, arid places of the heart allowing lush green fields of Spring grass to once again grow.

In its sincerest form, laughter is kind and gentle. It happens when the heart is full, safe, secure.

It’s the kind of laughter children have when wrestling the family pet, and to their delight, the dog plays back.   It’s baby laughter when they first become old enough to respond to silly faces that cause hysterical laughter.  It’s a toddler’s uncontrollable belly laugh in a fullness and purity that we adults often crave to experience again.

Sometimes the laughter is Jr. High girls who’ve stayed up late and their body’s own wastes dull and anesthetize the cerebral cortex. Inhibitions drop and each resulting silly word causes giggles to erupt, which quickly spreads like wildfire to each girl to the point that the laughter, just the laughter itself, causes one of them to snort, which in turn creates 10 more minutes of tear flowing laughter that leaves one spent of all emotion other than contentment in the moment. 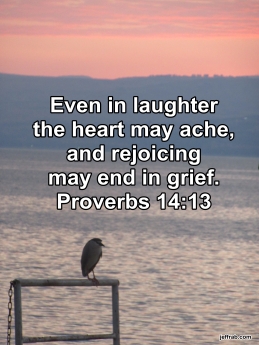 Adults get fewer and fewer of these laughs as the doldrums of maturity, responsibilities, problems and hurts dry up the porous ground where laughter once bubbled forth.  Some adult laughter still rises from the soul, but more often than not, it’s more like a misty shower of water, a fog one might say that touches the ground, but never really sinks below the surface of the topsoil.

Sometimes laughter is mean and cruel, aimed directly at someone in a passive aggressive manner.  It’s the kind like school age children picking on another child and ridiculing their peer for some real or perceived physical defect. That’s cheap, nasty laughter. It’s not real. It’s only the cackle of a demon’s delight.  It does nothing for the heart of the one poking fun, and destroys those on the receiving end with nuclear power.

Adults may laugh to release enduring pain, like water in the midst of the desert. Comedians often quip that their humor is the only thing keeping them from being swallowed in tidal waves of pain.

It’s like laughing at a funeral during a poignant, serious time. It is completely inappropriate in most cases, but it releases stress, tension and pain.

Even so, it’s like trying to water a yard with a coke bottle. One patch of the heart may receive a sip, but the ground remains dry and hard. 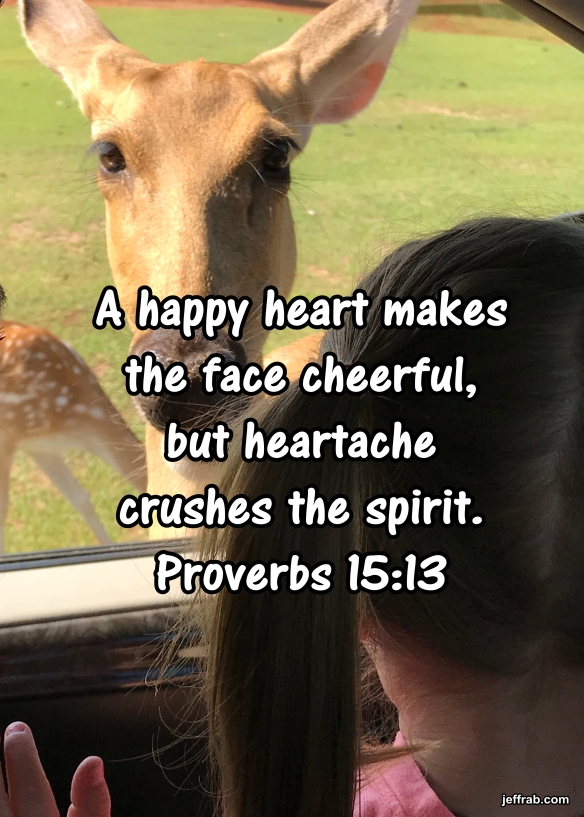 It just seems the best laughter is from small children.

It comes out, unbridled, unrestrained.

The sound of a small child’s laugh is so deep, so rich, so energizing that it surges and recharges adults within ear shot. That unpolluted, innocent laughter of a child is a feast to the soul seldom known in any other meal of life.

It nourishes the child living inside every adult like nothing else can.  Is it any wonder that even the most callous, hard adult can be deeply touched when a child suffers, cries, or even die…..almost as if re-experiencing their own internal death of the child buried inside under time, experience and pain.

If I close my adult eyes and listen, I wonder if, and it’s a really big if, but IF we can get in a still, calm, placid place, can you still hear the trapped laughter of the small child still echoing in the walls of our own hearts?

Maybe regress, go back, feel the magic of a child’s laughter within.  Maybe under the calluses of time, the scars of pain, maybe we can still hear that little child snickering inside.

I wonder.  I really wonder.

4 thoughts on “Laughter in the Mind”