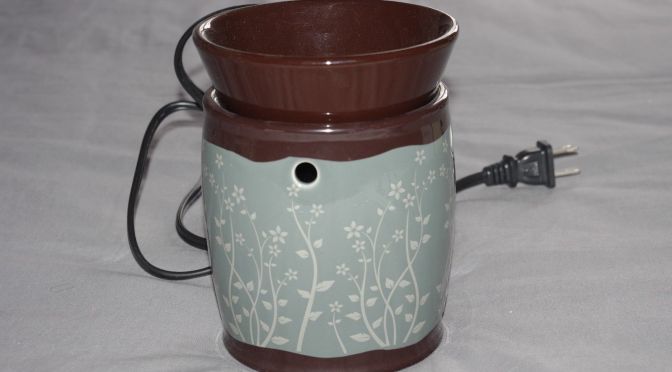 Our shipping guy was making a copy for the driver about to deliver an 18 wheeler load of lumber to Tulsa and answered, “It’s Scentsy! Vanilla Bean Buttercream with a bit of French Lavender!”

Amused, I looked up and commented how it smelled more like a Hallmark store than a sawmill shipping office.

“I know!! My wife is selling this stuff. I’m advertising for her! You need to buy a little bit for your Mrs. so when you come home all smellin’ and stinky like, it’ll take your bad smell away.”  Winking he added, “It’ll give some class where you stay at!”

The big truck driver looked really uncomfortable. He started shifting side to side, looped one thumb through a strap of his blue jean overalls, and started rubbing his head with his other hand.

Our shipping guy went on, “And ya know, if sales are big enough, I may quit this shipping job and never drive a forklift again!  You know what I’m sayin’?”

I raised one eyebrow and shook my head, “Yes, and if you spend time selling Scentsy on the job instead of shipping wood, you’ll be selling it full-time very soon.  You know what I’m sayin’?”

He flashed a genuine, gold tooth smile and said, “Uh, huh! And you know you’re gonna buy some in a minute too!” 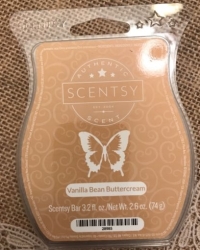 I changed the subject.

The day before he’d hit a deer on the way to work and didn’t make it in. I asked if he was OK, and he was, but his car was totaled. The deer fared worse. He described how “the big dang, crazy deer must have been suicidal cause he just jumped out of the dark right in front of me!”

The truck driver perked up with the new topic and asked if he’d kept the meat.

One eye brow shot up, and he looked like the queen of England would if you offered her Redman chewing tobacco.

“What?! Are you kidding me? What kinda man do you think I am?”

The driver looked bewildered, again. In a slow southern drawl he said, “Ya mean ya didn’t even keep da meat? It’s just gonna go bad and be eat up by some ole buzzards.”

The shipping guy put his hands on his hips and looked like he was talking to a barbarian!  “Man, I don’t eat no wild animal food! Ugh, uh! ALL the meat I eat is TAME meat!!” 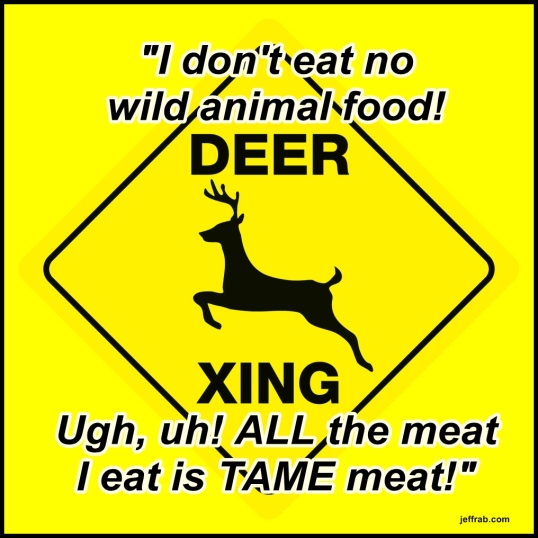 I burst out laughing and reminded the truck driver that he was talking to a man whose Scentsy pot was full of Vanilla Buttercream with rose petals.

“It’s Vanilla Bean Buttercream with some French Lavender, thank you very much! And it’s no Scentsy pot! It’s a warmer!” he said with eye brows up, shaking his forefinger sided to side and looking at me like I was the fool jester in the queen’s court.

I held both palms up and said, “I stand corrected”.

The driver got his paperwork and both men started outside. The shipping guy asked if he needed any Scentsy to go. The driver quickly declined, but before the door closed I heard him tell the driver where he could find “that crazy, dead deer cause if you get that nasty wild meat, you’re gonna need to come back and buy some Scentsy for the smell!” 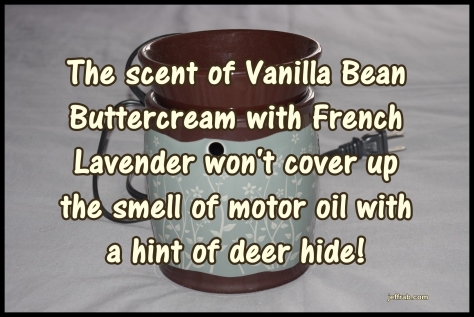 Strictly out of curiosity, I quietly shuffled to his Scentsy pot, I mean, warmer. Sure enough, there was an empty pack of Vanilla Bean Buttercream in the trash and a half empty container of French Lavender on the shelf.

I glanced out the window to make sure no one was about to come in, and then sniffed, deeply!  I may have to forfeit my man card for this, but honestly, it’s not bad! Not bad at all!!