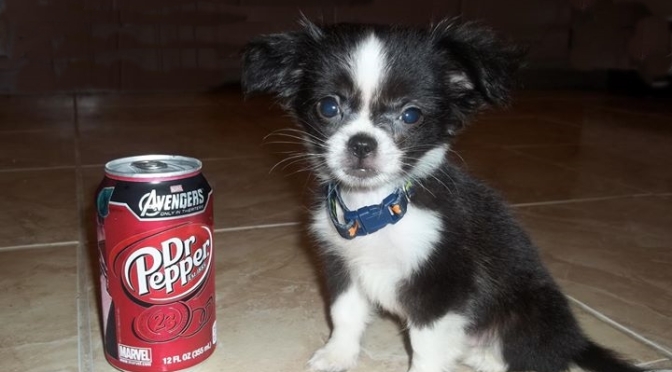 Seven years ago, my oldest daughter wanted a little pet.  An inside cat was out of the question.  So was a dog. At least until I had a momentary lapse of sanity.

We went to a flea market to look around. If I’d known how things were about to play out, I would’ve walked right by the old woman sitting under a shade tree selling puppies.

She was selling little breeds. Without hesitation, all four daughters zeroed in like heat seeking missiles to a cage with four puppies, half Chihuahua, half Japanese Chin.

Half Chihuahuas!  God made Chihuahuas as a practical joke on rats. They’re noisy, obnoxious, cranky little animals that on their best day look genetically defective.

These, however, looked like the furry Japanese Chin part. Before I knew it, the heat seeking missiles exploded.  Shawnna was holding the runt of the litter, all nine weeks old, in the palm of her hand talking to it like it was a little baby.

I’m convinced now the old lady selling them set the hook right then. I just didn’t know it right then. END_OF_DOCUMENT_TOKEN_TO_BE_REPLACED