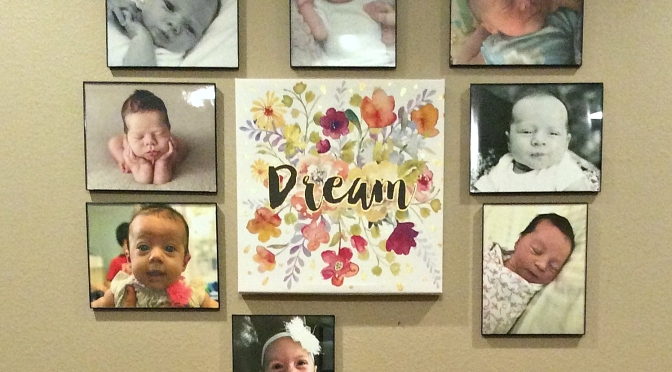 We figured she would go to sleep. She didn’t. JJ went in to comfort her. Didn’t work.

A few minutes later, I tried. When I walked in, Claira was standing up holding the side rails of the baby bed.  She stopped screaming, but just for just a second, until she realized she hadn’t won the battle because I didn’t pick up her up out of the bed.

I laid her back down and said, “Time for night night, Claira.”  She looked at me like I was Judas and had just kissed her on the cheek!

She threw a temper tantrum that a Tasmanian devil would kneel before.  She began screaming in protest and climbed back up making herself absolutely miserable.

She kind of looked like she was in jail holding onto the baby bed rails like they were cell bars.

I filled her sippy cup with water. She grabbed it, took a drink, and began dragging it in protest across the crib rails like an inmate running a tin cup across the prison bars.   I laid her down, again, and she immediately sat back up.  It was clear she wasn’t planning on giving in to that dreadful thing called sleep.

Just wait, Claira! One day when you grow up, one of the biggest delights of your life will be to lay down to take a nap or sleep peacefully through the night!  Unfortunately, that one day won’t be today.

She howled at first, then sounded like her feelings were hurt when I closed the bedroom door.  I guess a closed door is like solitary confinement to a one year old.

She continued to cry and scream.  Janet checked on her.

She was raising a ruckus.  I checked on her.

She was bawling and shrieking.  Janet checked on her again.

She kept screeching and sobbing.  I checked on her again.

She worked herself into a baby fit frenzy!  It was like Rosemary’s Baby! 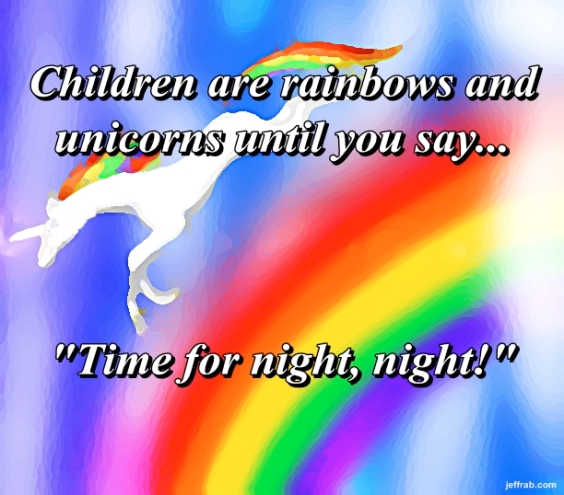 …lo and behold, she quieted! OK, it was just a teensy little bit, but it was something!

I looked up and she was staring at me between deep breaths.  She looked exhausted, like she was about to break out singing an old Blues spiritual — “Nobody knows the trouble I’ve seen. Nobody knows my sorrow….”

Between sobbing gasps, she plopped down and laser eyed me while I laid on the bed peeking under my arm.  She grabbed her pacifier and shoved it in and eventually she eased down to lay on the bed. Then finally, thank you Jesus, she finally fell asleep.

I grabbed the opportunity and quietly tiptoed out…until I closed the door too hard and it made a dull pop sound.

I held my breath and waited.  Silence!  I took two steps down the hall, then Claira let out a blood-chilling cry…

19 thoughts on “Nightmare at Bedtime”