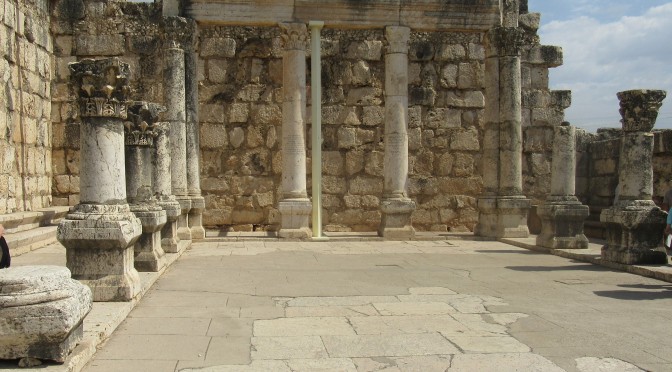 When my first grandchild was born, I found it interesting how you can love a newborn so much.  Throughout his life, we’ll share DNA, and the same last name.

I looked back at a flash drive of old family pictures that included a scan of an article my grandfather wrote in 1974.  My Grandpa is my grandson’s Great, Great Grandfather.

He only had a 6th grade education, so to write a life summary and family history is phenomenal!  It was exhilarating to read! END_OF_DOCUMENT_TOKEN_TO_BE_REPLACED 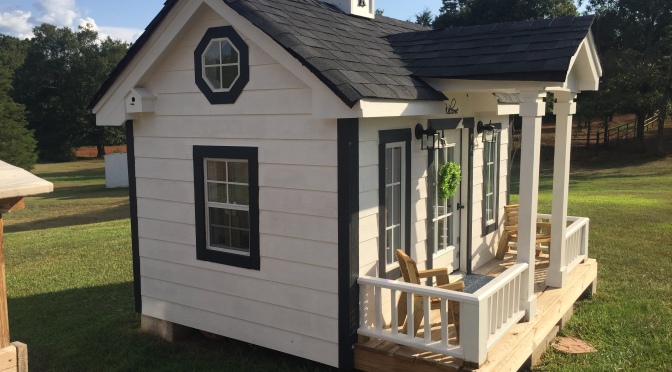 The tenth grandchild is coming in October! Can’t wait! Grandkids are great!

Last year I built a swing set for the grandkids, then a fire truck (you can read that here).

The boys had something, but JJ, daughters, daughter-in-laws, and even granddaughters said they wanted something for the girls, specifically, a playhouse.

I drew up plans for a little 10’ x 10’ playhouse, bought the materials and started work.

It’s insulated, with lights, porch lights and a plug for a heater or fan powered by an extension cord.

Like everything that comes from your hands though, I know where I messed up.  I see my mistakes, things others, besides building professionals, may miss.

But I see them.

I shake it off.  Remind myself that the goal isn’t perfection, even if I want it.  Demanding perfection, whether in a playhouse or a child’s life and behavior, destroys the goal. END_OF_DOCUMENT_TOKEN_TO_BE_REPLACED

It’s our large family tradition. Easter egg hunts for the children AND adults. 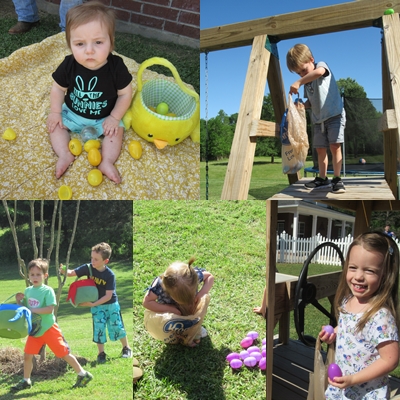 Then the adults hunt. We had 13 adults hunt this year because 5 of our adult gang couldn’t make it.  Janet and I sat back and enjoyed watching the 13 go after it.

It’s basically the same each year, but with new twists thrown in.  The twist this year was games made up of random teams.

The first-place team in points from the Egg Toss, Egg Spoon Race and Rabbit Race (tow sack races) got a first-place head start hunting eggs, followed by the second-place team, then the lowly third-place team. END_OF_DOCUMENT_TOKEN_TO_BE_REPLACED

Anticipation was high. All the mother’s anxiety was higher.

Spectators set up lawn chairs battling for the best open places on the sidelines. This would be an epic contest, one replayed on family home movies for years to come.

Coaches were nervous. After all, their reputations were on the line. If their teams didn’t perform, well it would be obvious to everyone, and most importantly themselves, that they were failures as coaches, maybe even failures at life, like, forever!

The referee wanted to take control of the game of four-year olds in 4 vs. 4 game that doesn’t require World Cup refs.  It didn’t matter.  His nervous habit of rubbing his acne took the air out of his mystique. Plus, he was only thirteen, 5 feet tall and maybe 97 pounds.

The players weren’t stressed a bit.  Although two players had to go potty before the game. Probably just nervous energy.

END_OF_DOCUMENT_TOKEN_TO_BE_REPLACED

We jumped at the chance to help take care of three grandkids while their mom and dad did duties at a church camp retreat! It’s what grandparents do.

We jump in and help, you know? All for one, and one for all! Do it for the team!

Oh, did I mention it was at Lake Tahoe? In a cabin setting? Second story waterfront view? Alright. Well, SURE!  Happy, happy, happy to fly from Texas to help!!

Our job was to help entertain the three munchkins, ages 6, 4, and 2, even though they all answer “and a half” when asked their age.

Life is odd like that. By the time you’re my age, you round down. In fact, birthdays are now Pretend To Have Ten Fewer Candles on the Cake Day!  Besides, it saves the environment from candle pollution and the smoke detector doesn’t go off!

Anyway, at the retreat center, Janet and I discovered there was no adjoining door between the rooms. In fact, there were three queen size beds in our room….with only one bed in Mommy and Daddy’s room.

Uh, huh! That’s just stinkin’ parental brilliance right there! Why didn’t I think of that as a young parent?!
END_OF_DOCUMENT_TOKEN_TO_BE_REPLACED

Even before the gender reveal party, when your mama pitched a baseball to your daddy and he hit the ball that exploded blue, we were waiting on you!   You’ve been loved from the beginning!

There’s so much ahead of you!  You’ve already grown like a weed the last six months and now you stare in people’s eyes when they hold you and start smiling and laughing.  You’re even working on turning over!  Soon you’ll be doing all kinds of things!

It’s funny how it will all seem so extraordinarily slow to you, but so incredibly fast to the adults in your life!  In fact, the longest year of your life will be when you turn 15 and waiting on your driver’s license.  Then, it will seem like forever before you graduate from high school, become a legal adult and then turn 21.

Don’t begrudge those years, Easton.  They are full of fun, adventure, life and memories!

After you reach those milestones Easton, and every other one in life, time will start to fly by faster than you can possibly imagine! END_OF_DOCUMENT_TOKEN_TO_BE_REPLACED

Carl knows better. I don’t know how he knows, but he knows.  Carl and I have a working relationship, but most of the work’s on my part.  Even how Carl got here was an arm-twisting escapade (read here.)  He does nothing, absolutely nothing!!

Really, the worthless feline folly should be dragging up mice, gophers or little dead snakes.  He doesn’t.  Half the time the flea bag is asleep flat on his back by the garage door. The other half he sits under a shade tree near the barbed wire fence watching the neighbor’s horses.

It’s a one-sided relationship! He can be totally out of sight, but if he hears his stainless steel feed bowl slide on the floor or the crinkle of the cat food bag, he comes running like he’s Lion King and I’m two days late.

I could live with it if every once in a while if he would do something for us, his “people”, as Carl likes to think, that would justify his meager existence.  As it is, I’m going to have to renegotiate a month to month deal, maybe charge him cat rent, something.

Trouble is, Carl doesn’t know his place!  In his messed up wheel of fortune mind, he’s Cat Sajack and I’m Vanna White! END_OF_DOCUMENT_TOKEN_TO_BE_REPLACED

Janet and I have eleven children between the two of us, and the count’s at 9 on grandchildren. We’re thinking there’s plenty more to come, especially since 5 of the kids aren’t married yet.

We bought a place last year that was right for family and grandchildren.  I built a standard wooden swing set from a hardware kit.  Easy peasy. But it needed more!

We looked at playground ideas and my imagination ran as wild as an East Texas roadrunner.

Then a blast from the past popped up on Pinterest, a firetruck.  I grew up around that!  My dad was a volunteer fireman for years, and two of those years I was the official “mascot” of the fire department. That’s pretty cool for an elementary age kid!

I knew about an old fire truck which had been sitting in a field rusting the last 22 years. I got permission and scavenged pieces and parts.  END_OF_DOCUMENT_TOKEN_TO_BE_REPLACED