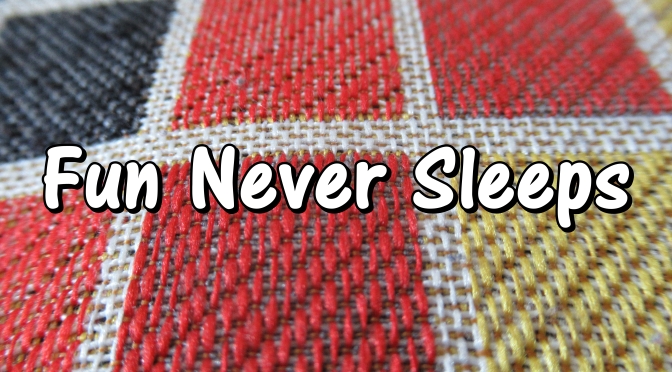 “Would y’all mind keeping the boys for the weekend while we go out of town?”

And so it came to be that two male fledglings stayed with PawPaw and JJ last weekend.

Easton ages in for the Terrible Twos at 2 years 9 months, and Asher times in as a Light Weight at only 3 1/2 months old.

Janet likes babies, but they intimidate me like I was a lost kitten in the dog pound.  I like it when they can say what’s wrong, like Easton, so it was perfect!

When my daughter and son-in-law dropped them off, they were semi-apologetic.

“Hey! We’re no rookies! Besides, they’re both as laid back of kids that there are.”

My son-in-law shook his head.  My daughter raised an eye brow with a smile, “Well, wait till nighttime”.

Psft! We got this!

Easton laid down on a pallet in our room and was out like a light!

Asher was in a pack-n-play.  He fell asleep right on que after his 8:30 PM bottle.

Good grief! How much easier can it get?

However, we should’ve gone to bed then, right then!  Instead, we laid down about 10:00ish.

Some babies are like poltergeists. Poltergeist babies make for long horrible, haunted nights without any shut eye at all.

Asher though is more of a heavenly cherub that gently wakes himself up when his caretakers lay down. I guess that’s it. Something had to start him cooing for the Friday all nighter.

As soon as our heads hit the pillow, Asher stirred.

If his pacifier fell out, he whimpered. Not a blood curdling scream, but a soft whimper, one just loud enough to keep you up.

But if the pacifier was in his mouth, he still whimpered.  Not a demanding whimper, but a “It’s just so hard to find good help nowadays!” whimper.

We’ve been through it before, another level, another time. (See story here.)

And I’ve had some horribly long nights before. (See that story here.)

Asher isn’t fussy. Not at all!

He’s quiet enough to still be really, really good, but just loud enough to keep you from falling into a deep sleep. And the little booger did that, all, night, long!

We were rested ahead of time, thank goodness, but sleep deprivation overtakes you in the passing lane!

Even so, we hit the ground running Saturday morning, with coffee.

All day Easton was glued at the hip like a mini-me. It was great!

“We” burned a brush pile, and he’d throw sticks. “We” painted outdoor tables and chairs, while he played.

“We” drove to several stores, while he ate cheese puffs.

I had plenty of masks and Easton wanted to play wearing a mask “game” I invented.

Adult masks don’t fit toddler heads, so most of the time he was holding it up.

After our second stop, Easton handed me his wet mask.  He’d started licking the inside of it.  It was orange from cheese puff dust.

In the next store, I glanced down at Easton riding in the shopping cart.  He’d licked a hole right through the mask and was sticking his orange tongue through it at every person who came our way!

Back at the ranch, the boys couldn’t have been better, but when the sun went down, the chunky cherub returned.

Asher did it again!  All. Night. Loooonnnnggggg!

Does it make sense that he is as good as gold even when he is awake, stirring, and keeping you up???

But when does that baby sleep?!!

About 2:00 AM, I thought about throwing Janet under the bus. I could sneak to another room and get some quiet sleep for at least a little while.

The plan was genius, but I didn’t. It wouldn’t be fair.

Instead, I got up and laid on the floor acting like I was caring for Easton while she gave Asher a bottle.

I finally fell sound asleep, and ten minutes later jumped out of my skin when Easton sat up and yelled, “Mommy!”

Adrenaline from his screaming caused me to sit up too, even if it was a foggy, move at a turtle speed adrenaline rush.

When I handed him his water bottle, he squinted and realized I wasn’t Mommy.  In a disappointed tone he whispered, “PawPaw”, then plopped back down to sleep.

By then Asher’s bottle was done.  He came in as lively as a sparking, downed power line.

Janet changed it while I “took care of Easton”.

After the night owl had another bottle, Janet dressed Asher in clothes my daughter had packed.

You know what my daughter did?!

When she packed the boy’s clothes, she put in a shirt for Asher that says, “FUN NEVER SLEEPS”.

I think she did that on purpose!!

It’s true, but it ain’t funny, Shawnna!  Fun Bucket hardly slept at all!!

You know, there are reasons grandparents don’t have babies!

For one, we don’t bounce back from lack of sleep like we used to. It’s more of a splat, like an overfilled water balloon dropped from a roof onto concrete.

No bounce back. Just splat.

So we splatted and hit the ground crawling Sunday morning.

Easton and Fun Never Sleeps were happy angels in the daytime and had a blast!

At 5:35 PM, they were both delighted to see Mommy!

JJ and PawPaw made it! And quite frankly, (to give a politically correct grandparent statement) wouldn’t change a single thing about it!

Maybe one little bitty change! Next time, a shirt that says “FUN SLEEPS ALL NIGHT”!