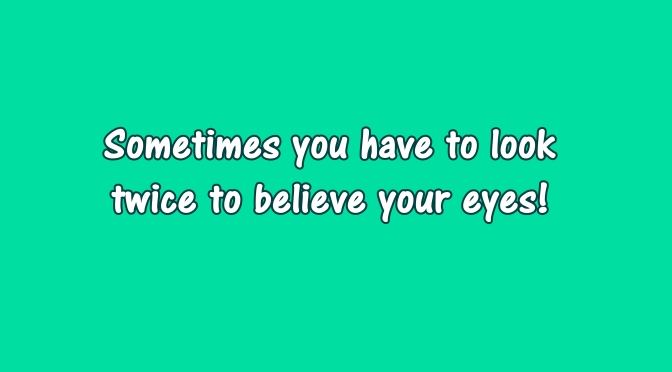 Sometimes you have to look twice to believe your eyes!  I stopped at a red light on the loop around town right behind a pickup moving furniture, mattresses specifically.

Common sense plays a major role in hauling furniture, especially to lay mattresses down and strap them so they don’t blow out the back of a truck.

Not the Einsteins I was behind!  They had a twin size box spring standing on its end in the middle of the truck bed with one mattress catty-cornered to the right side and a queen size mattress upright on its side on the left.  No straps, ties, rope, nothing to hold it down.

OK, that’s not entirely accurate, because sitting behind the truck at the red light, I noticed little puffs of smoke coming from the pick up bed……and pair of legs… and brand new white tennis shoes hanging over the left fender well!

Using the theory of, of….well I don’t know what theory they were using, but the guy sitting in the back of the truck was a human tie down!  The smoke came from a cigarillo he was puffing on!

I can almost hear the master mind driver saying in a mafia voice, “Listen here, kid! I do the thinking around here! Ya got that!?”

The light turned green and I waited for the truck to get a safe distance ahead.  It was lunch time, so just for amusement I followed the truck to watch the show.  Plus, I figured I could be first on the seen to render first aid.

As traffic sped up, the twin size box spring started catching air at 40 mph.  It leaned precariously toward the back of the truck like it would flip out at any time.  I have no idea how it stayed in.

The queen size mattress began catching air too, and since it was a mattress, it had a lot of flexibility.  With the wind of travel, each bump caused the top to curl down and literally slap the guy in the bed of the truck on the top of his head.

Each time it did, he popped his head and shoulders straight back, with his arms outstretched, to keep the mattress from flipping over the side of the truck.  When he took a quick puff of his cigarillo, the end of the mattress curled down and popped him on top of his head again, so the human tie down would jerk his arm back in place to hold the mattress still.

As they gathered speed, his legs dangled out of the pickup bed directly over the tire, now rotating at 55 mph.

Each bump caused a contortion of movement to shimmy through the mattress, which only caused Mr. I Rode The Short Bus To School to push harder against the side to hold it upright.

Some things are so bizarre you just can’t make them up.  But still, I wanted proof, undeniable, unequivocal, beyond a shadow of doubt proof, so I pulled out my cell phone and shot a picture of the truck from behind as it changed lanes.

Still wanting more visual evidence, presumably to show the officers investigating an accident yet to happen, I pulled up beside the truck, rolled down the window and shot a picture.

The guy riding in the back smiled at me with a big America’s Funniest Videos smile, the kind just before things go bad.  As I was taking the picture, he yelled, “HEY!! Wassup!”

I gave him a big thumbs up and yelled out, “You guys are great!”  His face beamed with pride.

I yelled, “Be careful!”  He returned a thumbs up sign, but jerked his hand back in place after the mattress popped him on top of his head again.

A half mile later they turned into a neighborhood. Thank goodness for the Marlboro Man’s sake!!

Figuring they still had more furniture to move, I looked in the newspaper the next day, just out of curiosity, to see if there was anything about an accident on the loop.

I had my visuals to show the cops, but nothing was there, so maybe they made it safely to their destination?  Who knows.

Keep an eye for these guys out on the road!  They may need a little help every now and then.  I’m hoping they’ll start a local moving company….The Wassup Moving Company, unless Moe and Larry in front of the truck finish off Curly in the back first.

16 thoughts on “The Wassup Moving Company”