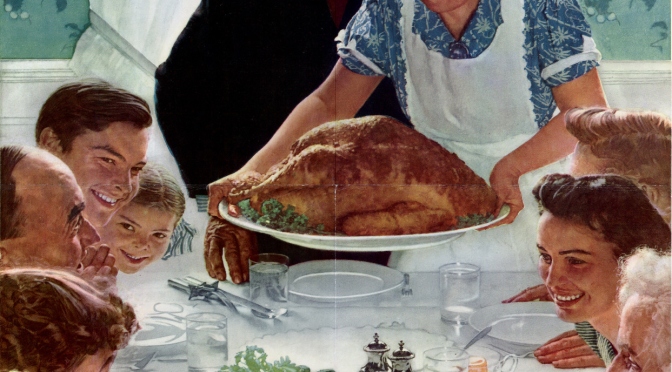 True story — It was Thanksgiving Day and he got up ready for a day of family, feasting and football, but something was bugging him.  He couldn’t get a co-worker who had been in the hospital and hadn’t worked for a month off his mind.

A crazy idea kept bouncing like a rubber ball in his head.  He kept feeling like he was supposed to buy bags of groceries, including a turkey and all the trimmings, for the man and his family.

He dismissed it several times, but couldn’t shake the thought.  A little later, the man’s wife needed something at the last-minute from the grocery store, so he loaded up two of his young sons to go with him.

At the store the thought was stronger than ever, so he grabbed a buggy and started filling it with canned goods, fresh fruits and vegetables, a turkey, milk, flour, eggs, the whole works.  When his sons asked why he was getting so much, he told them they were about to give the food to someone.

Doubts flooded the man.  Nonetheless, about 11:00 AM he drove up to his co-worker’s house and told his sons to wait in the car. His coworker opened the front door.

“Hey, I know this may sound crazy, and the last thing I want to do is be offensive, but all morning you’ve been on my mind, and I’ve felt like I was supposed to bring you food. In fact, I went to the grocery store and have all the things you’ll need for several days, including Thanksgiving dinner. Can I leave this with you?”

The co-worker choked up. A tear began trickling down his heavily bearded face as he appreciatively shook his head yes.

The two men, along with the help of his two young sons, returned to the front door loaded with bags of groceries.

When they walked in, the man called out to his wife who was in the kitchen standing over a frying pan.  “Honey, guess what he’s brought? He’s brought us groceries and food for Thanksgiving!”

She saw the groceries and immediately burst into tears.  She ran to the door and hugged the man.  She explained that all they had left to eat for their family of five were a few potatoes she was frying for Thanksgiving dinner.

With tears streaming down her face she said, “I prayed all night last night that God would provide for us, and He did!”

The man was humbled beyond measure as the family thanked him repeatedly, for something he almost didn’t do.

It’s fascinating, really, how and why things happen.  Sometimes though, some things just can’t be explained by human thought or reasoning. 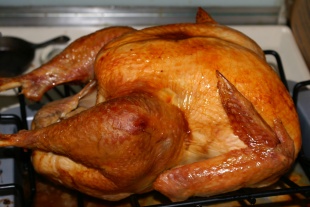 I don’t know, but I wonder. Are the times when questions have no logical answer, other than a holy, righteous, living Creator, is that when God sits back and smiles the most?

It seems so. Makes me smile too!

20 thoughts on “No Logical Answer”