One of my sons, Todd, told me a story that still lingers several years later.

He had several jobs at once in college, but quit them all to work in a college intern. He continued to work, however, for a gentleman in his 80’s he’d met a couple of years before.  The man was in great shape, but hired Todd to do heavy labor work around his farm.

As Todd got to know the man and his wife, he really liked them, a lot.

Unfortunately, she had Alzheimer’s, and was getting progressively worse in the short time he’d known them.

One day sitting in the gentleman’s pickup, he told Todd he would need him to work more to help look after the place.

Staring out the front windshield, he spoke quietly, as if thinking out loud. He said his wife’s memory lapses were becoming longer, and more frequent.

Occasionally, she would snap out of it and be back to herself instead of the confused, absent minded stranger.  He was was forced to move her to a nursing home for proper care.

“Why wouldn’t you have more time then?”

The gentleman said if she moved to a nursing home, he was moving there too to be with her.

“I want to spend time with her when it’s really her.”

He wanted to reassure her when she was herself  that everything was going to be alright.  At the same time, or so it seems, he needed reassurance himself.

He went on to describe sleeping in different rooms because at night she would wake up and see her husband asleep next to her.  Not knowing who he was, she would scream in terror at the “stranger” in her bed.  Not to alarm her, he moved into another room.

A couple of weeks after that though he’d woken in the middle of the night. Something was wrong.  He religiously hid the keys away and had keyed deadbolts put on their house, but that night, he forgot to lock the deadbolts.

His wife woke up at some point and walked outside.  It was freezing cold when he found her wandering in a pasture confused, disoriented and cold, very cold.

As Todd told me the story, I couldn’t help but think about the movie The Notebook, except with real life characters. 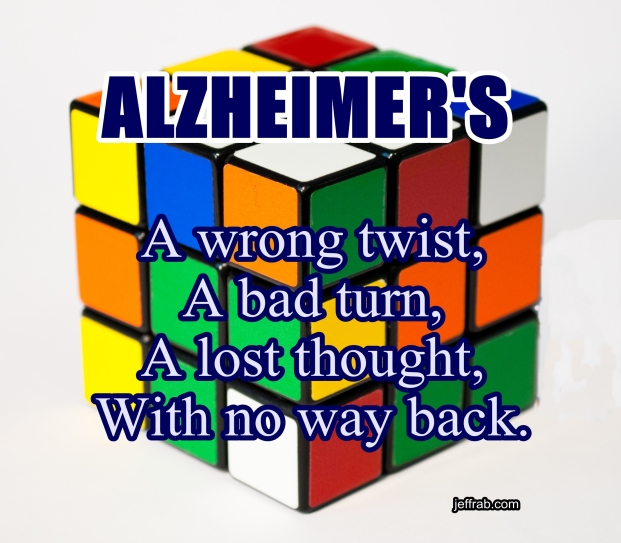 One day Todd went to the front door, and as he often did, the man invited him inside for a few minutes before they started working.  The man’s wife greeted Todd and talked to him like she had known him his whole life.  Except, he wasn’t Todd, not to her. He was Eric, the name they had picked out years before for a son they never had.

She talked to “Eric” a few minutes, chatted about the day’s activities and told him he needed to shave his little goatee because she didn’t like it.  Todd just went with it.

A few minutes later, they climbed in the truck and were about to pull out when the man remembered he was going to grab water bottles from the refrigerator.

He told Todd to go back inside and get them.  Todd walked back in to the fridge, and the lady looked at him with her face contorted in terror.  She began sobbing uncontrollably, huge tears running down her face, all amidst fearful screams.

She thought he was a criminal about to hurt her, so he immediately retreated, went to the truck and told her husband what happened.

He got out of the truck, told Todd to come back inside with him, and within two minutes they were back in the house.

She still had tears streaming down her face when they walked in, but now she broke into a huge smile.  She called Todd by name, his real name, and ran over to hug his neck saying it had been so long she’d seen him and admonished him to come around a little more often. 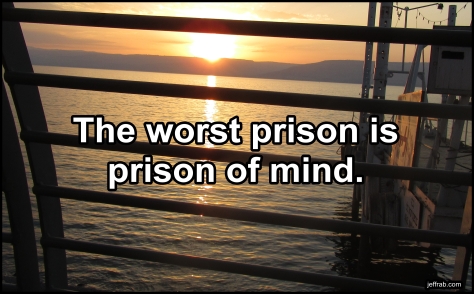 I once heard a man say there is no good way to die.

Yet it seems to me some ways are worse than others.

Alzheimer’s, with all of its cruel devices, steals the innermost portion of a person, one day, one neuron at a time. It’s a death of a mind, an identity, a personhood, until one day the mind just drifts away from the body and never comes back.

The man and his wife moved into the nursing home.

I recently asked Todd about the couple.

And when Todd spoke to the man, he looked confused, absent minded as he squinted and stared, trying to figure out who Todd was…

May God have mercy.

14 thoughts on “A Thought To Remember”